The personal correspondence of Lillian Smith, one of the most prominent white Southern activists before and during the Civil Rights Movement, will be digitally preserved and made available online, as part of a partnership between the University of Georgia’s Hargrett Rare Book and Manuscript Library and the University of Florida’s Smathers Libraries.

The project, funded by the National Historical Publications and Records Commission, brings online access to Smith’s speeches and letters, where the outspoken writer tackles major political and social issues of the time, including school integration and voting rights, social and developmental psychology, and foreign affairs, particularly international attitudes toward an independent India and American policies in the Soviet Union and Latin America.

In all, 3,213 folders of Smith's letters and speeches currently held in the UGA and UF library collections will be made available freely online through the Digital Library of Georgia and Digital Public Library of America. This includes correspondence with some of Smith’s high-profile friends and activists such as First Lady Eleanor Roosevelt and President John F. Kennedy, as well as other notable Georgians like novelist Carson McCullers and Civil Rights leaders Rev. Martin Luther King Jr. and U.S. Rep. Julian Bond. 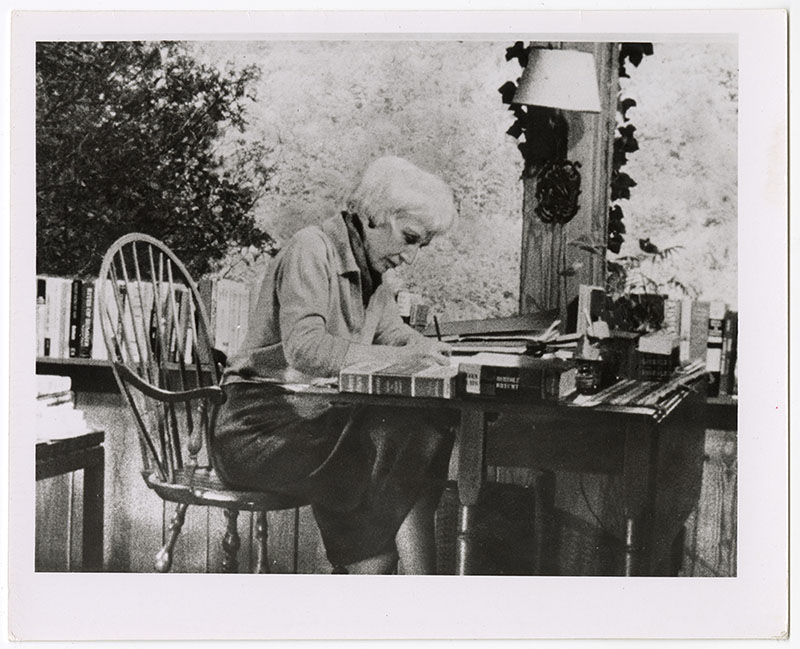 “Smith’s letters are of particular value for the cross-section of correspondents she attracted, both in ire and adulation: activists, organizers, trade unionists, rural Black southerners, D.C. politicians, Sunday School housewives—people of all paths felt compelled to reach out to Smith, to encourage her, to challenge her, to thank her for giving a voice to their innermost feelings and frustrations,” said Chris Lott, project coordinator. “Many begin their letters announcing they’ve never reached out to a public figure before, but that something in one of Smith’s works spoke to them on a deep level, inspiring introspection or giving newfound agency to long-held pain.”

Through the project, the digitization of the Hargrett Library’s extensive Lillian Smith collection is augmented by materials held at the University of Florida that include correspondence documenting South Today, a literary and social reform magazine run by Smith and Paula Snelling. The magazine is currently available online through the Digital Library of Georgia.

Smith, an outspoken writer and activist who lived in Clayton, Ga., argued against segregation and Jim Crow policies, beginning in the 1930s. The author of the controversial novel Strange Fruit and numerous other writings, Smith is a member of the Georgia Writers Hall of Fame and the namesake of the Lillian Smith Book Awards, which have recognized the best new books on topics related to social justice issues since 1968. Both are administered by the Hargrett Library, one of three special collections units of the UGA Libraries.