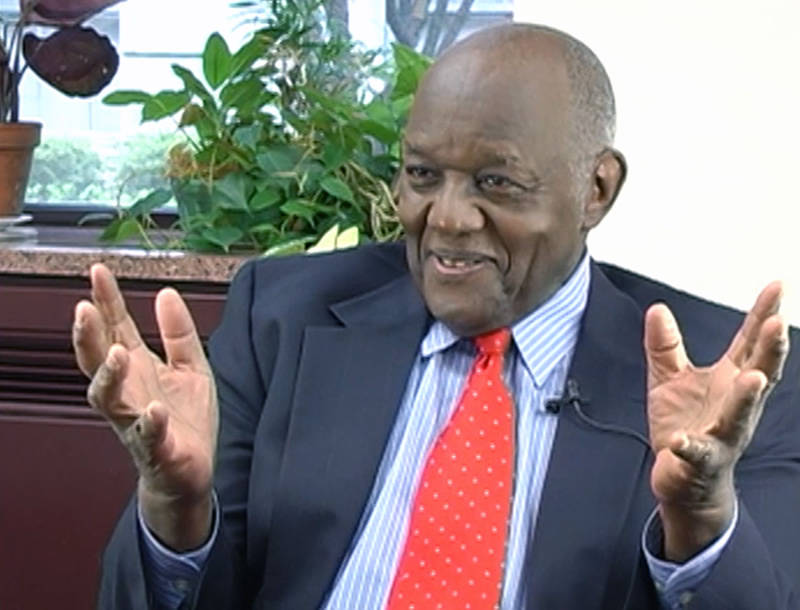 Lonnie King, an Arlington, Georgia, native and co-founder of the Atlanta Student Movement died early this morning (Tuesday, March 5, 2019). He was 82 years old.

While a student at Morehouse College, King, along with other members of the Committee on the Appeal for Human Rights, penned "An Appeal for Human Rights," which rebuked Atlanta for failing to live up to its self-styled slogan as "The City Too Busy To Hate." King and company led marches, sit-in protests, and boycotts across Atlanta in the early 1960s in an effort to end segregation and improve the social and economic standing of African Americans in the city and across the state. Both Lonnie King and Dr. Martin Luther King (no relation) were among the dozens arrested at Rich's Department Store in October 1960 for staging a sit-in at the segregated Magnolia Restaurant in Rich's Department Store. Following a protracted, student-inspired boycott, Rich's began desegregating its facilities in late 1961.

King sat down with Bob Short in 2009 to reflect on his experiences in and memories of the civil rights movement in Atlanta. That interview can be viewed at http://ohms.libs.uga.edu/viewer.php?cachefile=russell/RBRL220ROGP-086.xml. A full transcript of the interview may be viewed and downloaded at http://russelllibrarydocs.libs.uga.edu/ROGP-086_King.pdf.