Queering the South on Screen: A Conversation with Molly McGehee 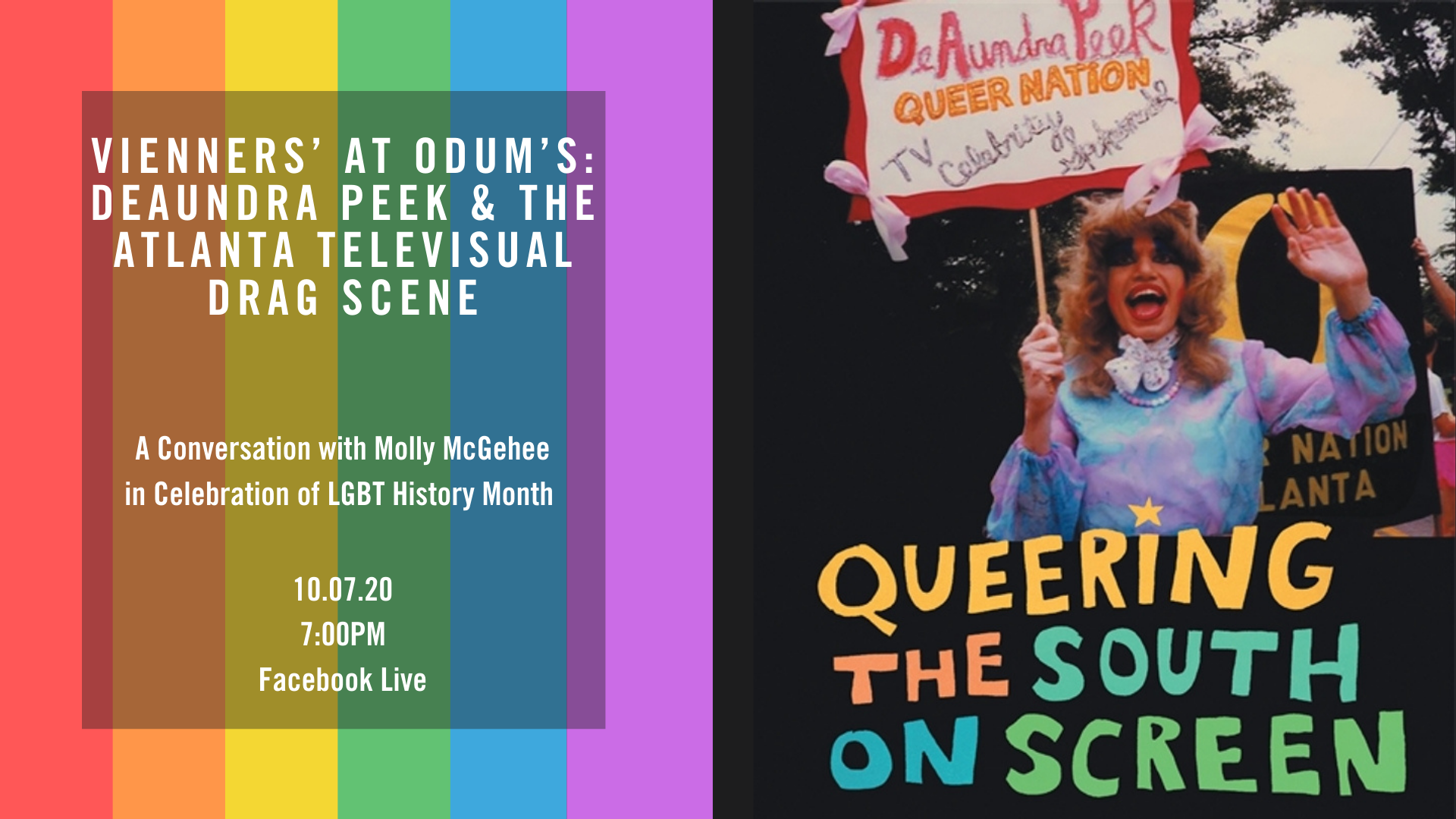 Featuring vibrant hostess DeAundra Peek, the American Music Show ran as a public access cable television program in Atlanta, Georgia, from 1981 to 2005. With her signature exclamation of “Yeaaaaaa!,” the perpetually sixteen-year-old Peek—played by Rosser Shymanski, a former producer at Georgia Public Broadcasting--served as an enthusiastic emcee for this variety show. Appearing on television in a southern city as well as in New York and Minneapolis during the era of the AIDS crisis and performing at clubs around the country, Shymanski used camp to make known and give voice and vitality to gay identities within an urban center in the U.S. South.

Join the Walter J. Brown Media Archives & Peabody Awards Collection, the Hargrett Rare Book & Manuscript Library, and the UGA LGBT Resource Center on Wednesday October 7 at 7PM for a conversation with Dr. Molly McGehee, as she discusses her research for the chapter "Vienners’ at Odum’s: DeAundra Peek and the Atlanta Televisual Drag Scene," featured in the new book Queering the South on Screen, published by UGA Press. The event is a celebration of LGBT History Month, the 15th anniversary of the UGA LGBT Resource Center, and the 25th anniversary of Brown Media Archives.

Queering the South on Screen: A Conversation with Molly McGehee